The Brinell hardness tester uses the oldest method of hardness testing commonly used today. It was invented in Sweden by Dr. Johan August Brinell in 1900. This test is often used to determine the hardness of castings and forgings whose grain structure is too course for accurate Rockwell or Vickers testing.

Brinell hardness test conditions have approximately 25 different load/ ball combinations of testing allowing almost all metals able to be tested by way of Brinell test by simply varying the ball size and test force based on the sample’s dimension and design. In some cases, as long as the ball size to test force ratio remains constant, the results are considered accurate when changing between Brinell test conditions.

Results from the Brinell Hardness tester are used extensively in industry as a basis of acceptance of commercial shipments, and for quality control purposes . These results may correlate with other metallic characteristics such as: ductility, tensile strength, wear resistance, etc. Our Brinell hardness testers are able to withstand the most hars environments, if required with an air filtration system to protect the interior against dust.

The Brinell test can be simply explained as an indentation hardness test consisting of two basic steps.

Step two: Measure the diameter of the resulting indentation in at least two directions perpendicular to each other. The Brinell hardness value is then computed from the mean of the diameter measurements by the use of a mathematical formula designed for this purpose, or more frequently from a chart based on the formula. 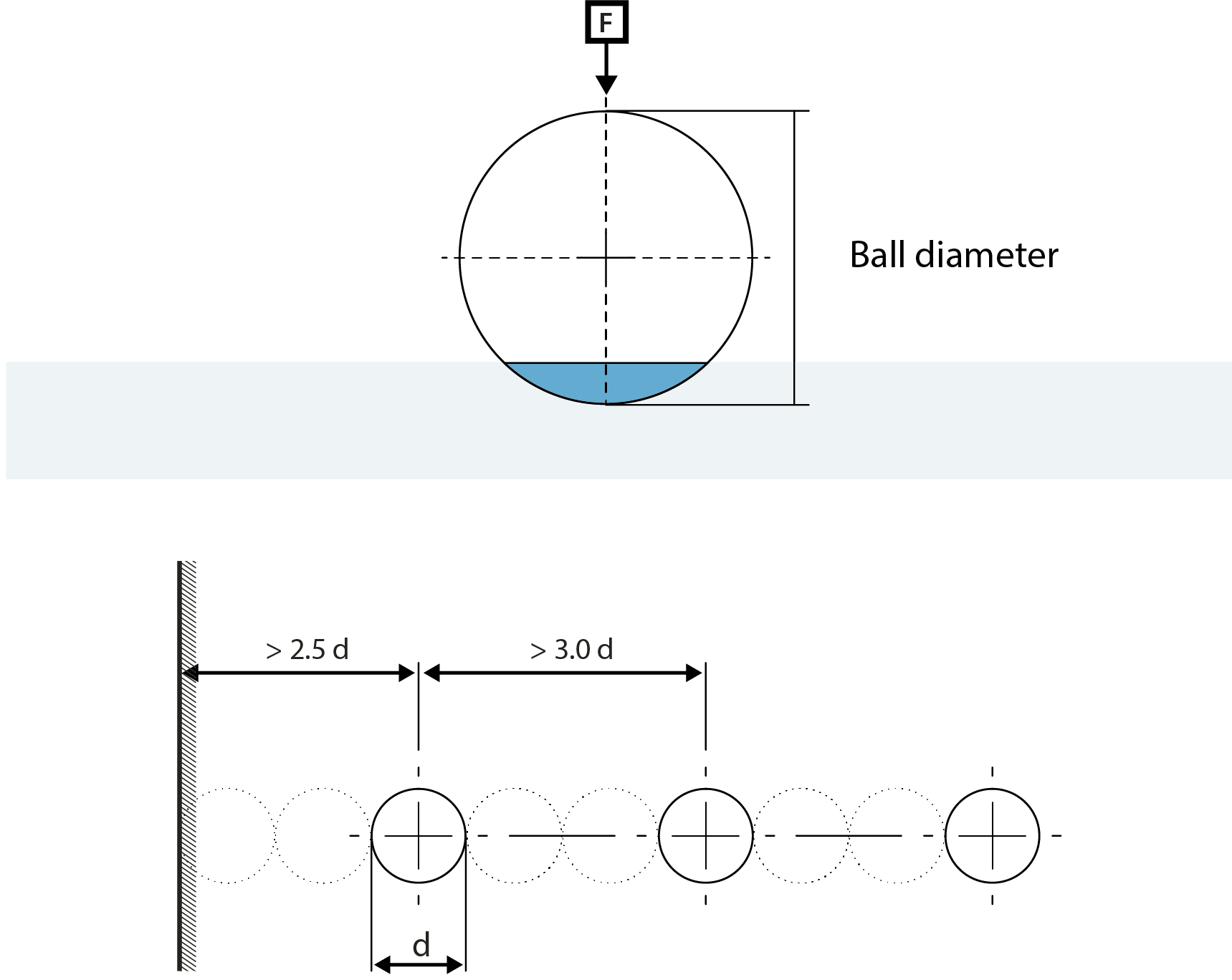