Since early 1900 when the use of hardness testing of metals came as a measure to assure quality (a certain hardness of steel) hardness testing instruments have used dead weights to apply the required test forces.
The reason for this was fairly simple, because dead weights are relatively inexpensive and easy to manufacture to the degree of accuracy required by commonly used test methods.

The problem of deadweights however is that the force must be applied to the test piece through a lever structure, with a large number of moving parts, to eventually a small indenter. Transferring the dead-weight force to the tip of a small diamond or ball indenter, for instance 150kgf main load used for a Rockwell HRC test, is difficult to accomplish. The large size and mass of a 150 kg weight would not fit in a handy instrument so it required designers to use smaller weights with levers to intensify the force to the desired levels.

The problem just gets bigger if the force increases to 3000kgf for Brinell measurements, but dead weight systems are also a challenge for designers for low force hardness testers going down to for instance 1gf.

Levers require pivots, guides, bearings and other friction-producing parts that cause force application instability.
Although it is possible to control these sources of error, any friction point in the system will eventually have a negative effect that slowly increases during the lifetime of the instrument. It is also not easy to control a dead weight application in a dead-weight system. Because the dead weight must be moved to apply the test force, stopping it quickly without overload and oscillation is problematic. Many older testers use dashpots (oil filled dampers) to control the application; however, these dashpots where source of problems on their own (oil leaking, wear & tear on the sealings, tempurature effects). In later designs dashpots where replaced by motors.
Although this eliminates some dashpot problems, the need to perform tests quickly makes motor speed critical, and as a result, force overshoot and oscillation are frequent problems. The motorized dead weight testers are also slow working machines, not realy suitable for production. It is assumed that dead weight originated forces remain consistent as each test is performed. But it remains to be an assumption, the reality shows plenty of problems.

Because there is no control on the eventually applied force, you could speak of an open loop, force application system; 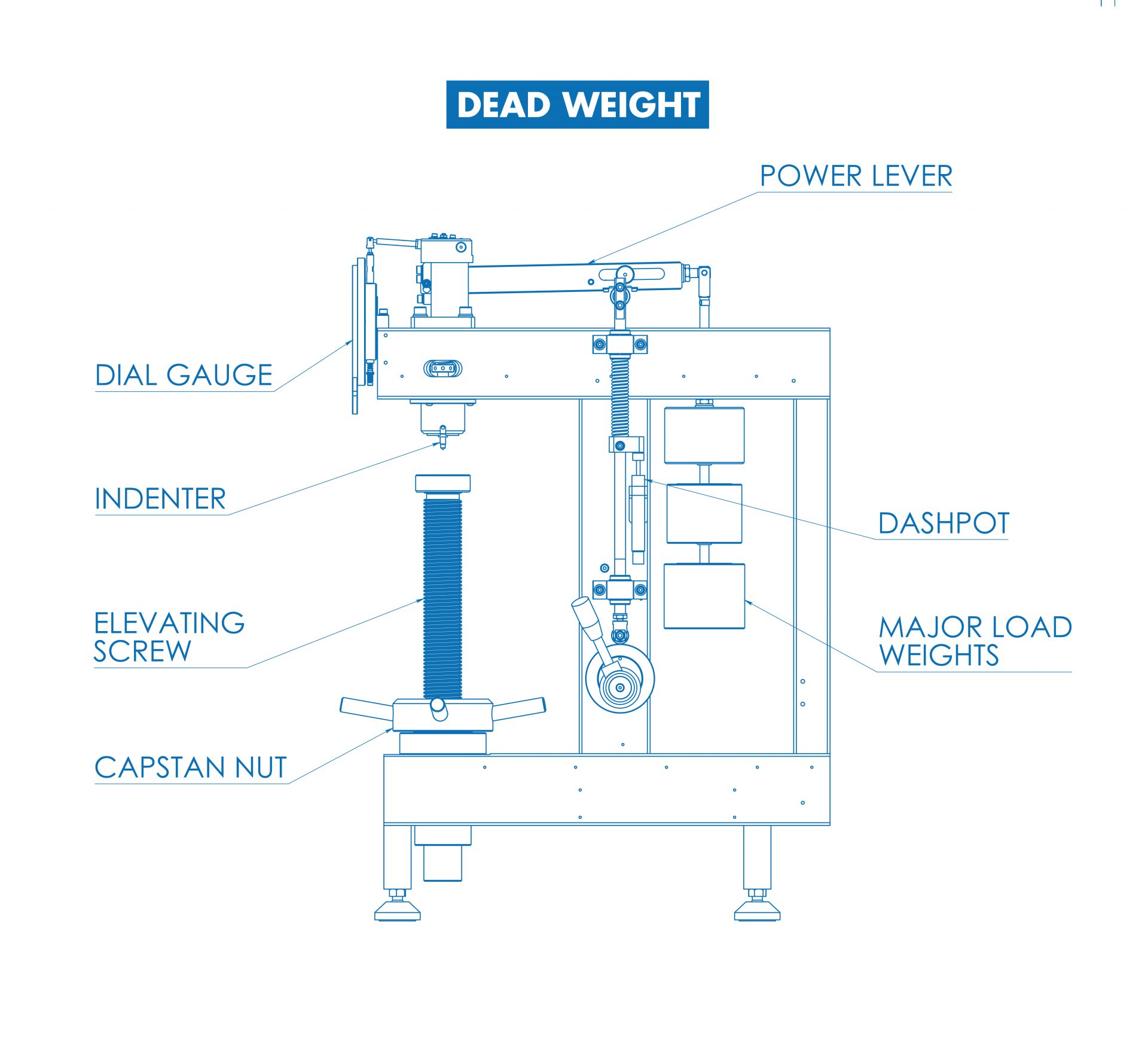